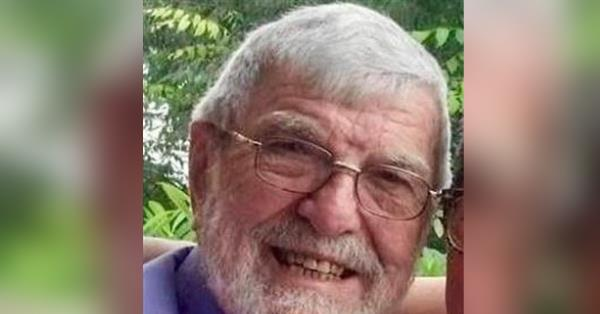 Many people have influenced our lives. People who have taught us life changing lessons, who have mentored us and invested in our lives. Al Crow was one of our teachers.  This giant of a man went to his eternal home at 87 years of age and after 65 years of marriage.  He and his wife served for 11 years with us overseas. His sacrificial life modeled for all who knew him someone who loved and served His Lord.

Nik wrote this story about Al while we served together during our time in Somalia and will allow you to be touched by this hero in our lives.

“He came in with legs, withered by polio, twisted in obscene positions. He left in the arms of a Volunteer.

Fifteen year old Abdi Nuur was stricken by polio at an early age.  Even the best of medical care in the border areas of Somalia and Kenya could not prevent the day from coming when Abdi was reduced to crawling, dragging his paralytic legs behind him.  In the harsh semi-desert climate that constitutes the Somali people’s environment; where only the strong survive, where nomadic lifestyle and freedom of movement is the Somali calling, Abdi’s world was measured in meters not miles.

But Abdi and his sweet smile as he crawled; across the road, to the market, to see his friends, was a survivor.

Al and Nevia Crow of Washington, D.C.; he an athletic director, she a nurse, retired in the States, packed their bags to answer a call to help the Somali people.  Whey they unpacked in N.E. Kenya to minister is humorously referred to as “one of the world’s largest beaches.” Where temperatures average 90 degrees plus daily.  There’s only one drawback.

Al, soft-spoken and with a heart finer than gold, stands way over 6’6” and weighs 220 obs.  Abdi is a world smaller and Nevia’s weight is a Somali state secret.  Al and Nevia met and fell in love with little Abdi, who was a far cry from the healthy, mobile bodies that Big Al was accustomed to working with stateside.  Somehow, someway in the midst of all the suffering and ministries they were immersed in, they were particularly moved to intercede in Abdi’s life.

Their love kicked into high gear.

They arranged transport with the United Nations, surgery “down country” with another mission organization, housing, food and care.  Getting in and out of their area of ministry is as difficult as walking into Fort Knox and loading a few bars of gold in the old pick-up.  But they persevered, got Abdi into a quality hospital where his legs were surgically straightened, preparing for the day when braces would allow him to stand upright.

Today I took Al and Abdi, with his plaster enclosed legs, to the small airport for the four hour trip home.  I watched Al lift Abdi from our house, into the car, into the airplane.  Every time Abdi winced in pain, Al winced.  The hanger was filled with people negotiating flights, arguing with porters, with baggage going to exotic sounding names like Garrissa, El Wak, and Mandera.

In walked big, Gentle Al with Little Abdi in his arms and a hush fell over the crowd, as they witnessed love beyond language, race or color.

Yesterday, my day ended at midnight and my morning began before 6 a.m. From my last trip into Somalia, I again acquired malaria and a bacterial infection.  Yesterday I was too tired to care, too sick to work.

Today I saw the hands of Christ wrapped around the plaster enclosed body of a Somali boy.  Both Abdi and I will walk a little straighter from this day on.

Persecution and Sheltering in Place
Scroll to top