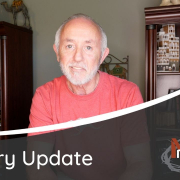 Nik Ripken Ministries (NRM) continues to gain momentum as churches, theological schools, and mission organizations return to in-person gatherings as the effects of Covid 19 are addressed. In spite of Covid 19 restrictions the NRM team has:

Nik Ripken Ministries remains to give voice to believers and churches in persecution. We see them as our mentors and teachers. From what they have taught us we can better prepare the church in the West to fulfill the great commission by crossing the street and crossing the oceans utilizing wise practices taught to us by believers in persecution.

Would you consider making a donation today to support the mission of Nik Ripken Ministries? 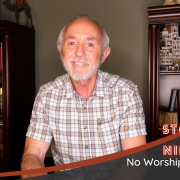 A story of worship from Nik Ripken and how it impacts the mission of God. 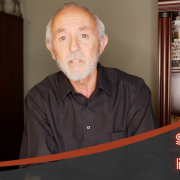 Nik Ripken shares a story about the joy of the persecuted believer on the Day of Prayer for the Persecuted Church.

Looking for ways to pray for the persecuted? Visit imb.org/persecuted for a prayer guide. 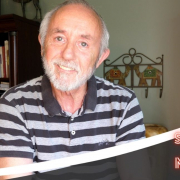 A fun story about God getting the glory even when our words are less than perfect. 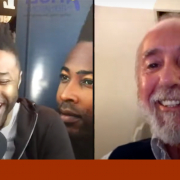 In 2020 Nik Ripken had the amazing opportunity of co-penning the song Is He Worth It? with acclaimed, Nashville based singer and songwriter Erskin Anavitarte along with Laura Allen and Matt Papa. The song was written in hopes that it will challenge Christians who have not been persecuted for their faith to fearlessly share the Gospel, standing in solidarity with those that are suffering for their Christian beliefs.

The song received positive feedback and on March 15th of this year, Nik Ripken Ministries once again partnered with Erskin for the release of the music video of Is He Worth it? The video was directed by Jonathan Baker and produced by Luke Harvey and features scenes from the 2016 Nik Ripken documentary The Insanity of God which tells the true story of Nik and Ruth Ripken’s journey of being taught by believers in persecution how to love and follow Jesus even when it doesn’t make sense.

Watch the latest video where Erskin interviews Nik Ripken as his special guest as they dive deep into some of the very real questions and even doubts that many believers wrestle with and the inspiration behind the making of this song. In this interview, Nik shares some very powerful stories of the many people that he’s met along the way that have found the joy of suffering for Jesus and ultimately asking and answering the question is loving Jesus worth it? 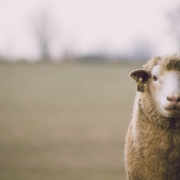 Matthew 11:16 “Behold, I am sending you out as sheep in the midst of wolves…”

Where do you go to learn how to be sheep among wolves? Listen to Nik Ripken share the amazing testimony of Dimitri and his faithfulness to Jesus’ calling. 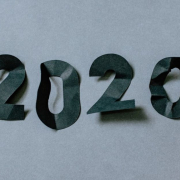 There are years in our journey that serve as markers to events and special events in our lives. The birth years of our children mark such landmarks. The 30 plus moves we made as a family to different cities/countries allows me to recall what we were doing and where we were living.  These serve as clear reminders of the path that God has us on and His continual plan for our lives.

As I reflect on our 2020 calendar I see lots of events and opportunities. Many of these activities were scheduled years in advance (one had been booked seven years ago). Everything was in neat order and plans were taking shape. This was to be an exciting year of travel both overseas and across the US. We looked forward to shaping lives through the testimonies and witness of Believers in Persecution.

But 2020 became a year of reflection as well as action. A year that screeched to a halt and caused us to slow down.

Early in the year, we were able to travel to several events (Canada, Ohio, Georgia, South Carolina, Texas, Michigan, North Carolina) but slowly the calendar began to look more like a preschoolers scribbled drawing as events and dates were marked out. We found ourselves looking out through screens and doing messages on Zoom, SKYPE, and other internet avenues.

Reflecting.  We could focus on all the things that have been difficult. Those we love who have suffered from the virus. Nik’s two surgeries this year. Family members who are suffering.

But these have been good days. Good days to reflect and to have part of our family near us. Looking back at 2020 we find that God has given us opportunity to reflect on what the Body of Christ really is.

This year we have heard of Believers in places of persecution who took their food and other resources they had and shared it with their neighbors who had less or nothing. We heard of men who are followers of Christ in Iranian prisons who are asking us to pray that they will be faithful to share their faith. We have heard some of them have been very sick with Covid yet their families carry on with creativity ministering within the Body of Christ.

We have reflected on our own “sheltering in place” and heard of workers and Believers who have been quarantined for weeks at a time with only short periods where one member of the family is allowed to go out and get groceries.  They share their groceries with their neighbors.

We have heard of a young believer who was beaten by his family when he shared of his new faith. Coming from the hospital he returned to his family to share more due to his love for Jesus.

We have begged God to care for a believing couple arrested and imprisoned for their faith.

We have participated in online church services. We have worshiped around our table with our son and his wife and grandson. We have worn masks and we have social distanced. Many in the family remain very ill with Covid. One female member remains in hospital after a terrible car accident.

Above all this, we have been drawn to the power of prayer and the joy we gain as we pray for our local family as well as the family of God around the world. More than ever we have been challenged with the responsibility we have to PRAY. It is hard work.

May 2020 be the year we use as a marker that launches us into a New Year when our prayers are put into action. 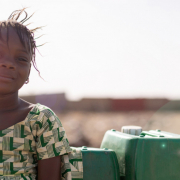 Within six months of being inside Somalia our team of 8 were feeding 50,000 souls per day, resettling refugees, attempting mobile medical clinics, and providing necessary tools and seeds in “food for work” projects that enabled rural farming families to reestablish their lives after eating even their planting seeds during the famine.

We were in-country for over 6 months before we met a female over 13 who hadn’t been “used” by men in excess of 6-8 times. Burying babies and the aged was a daily activity.

All this was attempted in the midst of a famine and war zone. Our team was less than a mile away when the horror of “Black Hawk Down” took its place in the American narrative and psyche.

To add to this terrible unreality was the gruesome and growing persecution of the few Somali believers. Of the 10 million Somalis in-country, there were an estimate of 150 Somali believers. As civil society continued to meltdown, a more conservative form of Islam infiltrated Somali culture with believers being hunted down and killed, much in the same manner one hunts and kills a rabid animal.

Such radicals killed 4 of my best friends. These 4 brothers-in-Christ were stalked, followed, and assassinated in 45 minutes on one of the blackest days in Somali history. Their bodies were taken and thrown into latrines, garbage dumps and into the Indian Ocean where the sharks fed.

For 25 years, from 1988-2013 the believing community never had a Somali believer’s body at their own funerals.

Fast forward 23 years. Those who sought to bring life to the all People’s in Somalia during their famine and war zone had been cast out of the country. For years few believers from the West could live anywhere in-country. While the country slowly rebuilds, Somalia remains ungovernable outside of Mogadishu. Fundamentalist Islam is the order of the day while many Somalis have rejected Islam as a failed religion.

Yet hope is once again on the rise as, increasingly, a new generation of Somalis embrace Jesus. It would be foolish to give details of numbers of believers; where they dwell, what numbers there might be, or to whom they relate. Suffice it to say that God always finds a way to make Himself known and believers from outside of Somalia remain committed to taking Jesus and His Good News to the toughest environments on earth.

Obedience is always a trait of those who are “in Christ.” And obedience to share Jesus among all peoples of the earth, giving the  access to the kingdom of God always leads to new life. The love of Christ and eternal life grows again in Somalia.

There is nothing new or unusual in this.

There is nothing unusual in this. 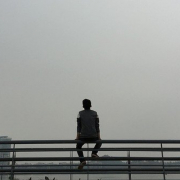 It was my first trip into China and Samuel Lamb is smiling at me!!  The wounds of Somalia, physical, emotional, and spiritual could still be seen and felt in the rear view mirror of my soul. How could a culture fall so deep to starve, molest and kill its own peoples by the hundreds of thousands? How could wickedness hunt down believers in Jesus and kill all they find until only four were left alive?

We had so many questions and were on a journey among believers in persecution to find answers.

I was in Guangzhou, China, sitting at the feet of believers when they asked me if I wanted to meet Samuel Lamb.  (see Christian History Institute, May 5, 2020 for story).  “Is it safe for him?” I asked.

These young adult believers looked at each other and laughed.

Days later I’m sitting quietly in a corner, the only Westerner, in a crowded, upper room above a loud market.  It was packed with fifty plus souls listening to a gentle man of God who had spent decades of his life in Chinese prisons. As he taught about faith and loving one’s enemies, he said, “In this room are three security police I recognize.  They mistreated me when I was in their fine prison.  I’m so glad they are here today.”  He looked directly at these three men and continued, “I’ve wanted to see you to tell you three things; I love you. I forgive you. God has brought you here today so that you might believe in Jesus and have eternal life.”

My soul was pierced as if by a rusty spike. We were on a post-Somalia journey to find answers to scores of questions that still haunted our souls. Samuel Lamb’s offer of forgiveness to his persecutors was a shout from heaven declaring that our need, my need, was not so much answers to life’s questions.

My need was for more of Jesus.

Samuel Lamb, with scars unhealed apparent in his flesh made heaven’s case that healing comes not in knowing more of how the world works. Healing comes by being loved by Jesus and loving others as He first loved us.

Samuel Lamb was talking to the PSB (Public Security Bureau), China’s security police.  But he was looking at me.

Let’s be those people. Our world is in crisis and people are afraid.  Fear makes us hoard weird items from the grocery.  Fear causes us to lash out at government leaders and perceived political adversaries.  Fear causes hearts to pound, as we worry about jobs, house payments and that, even now, a virus might be racing through our blood stream.  Fear treads on our sleep, yells at our children, and wounds our marriages.

Fear makes us a victim.